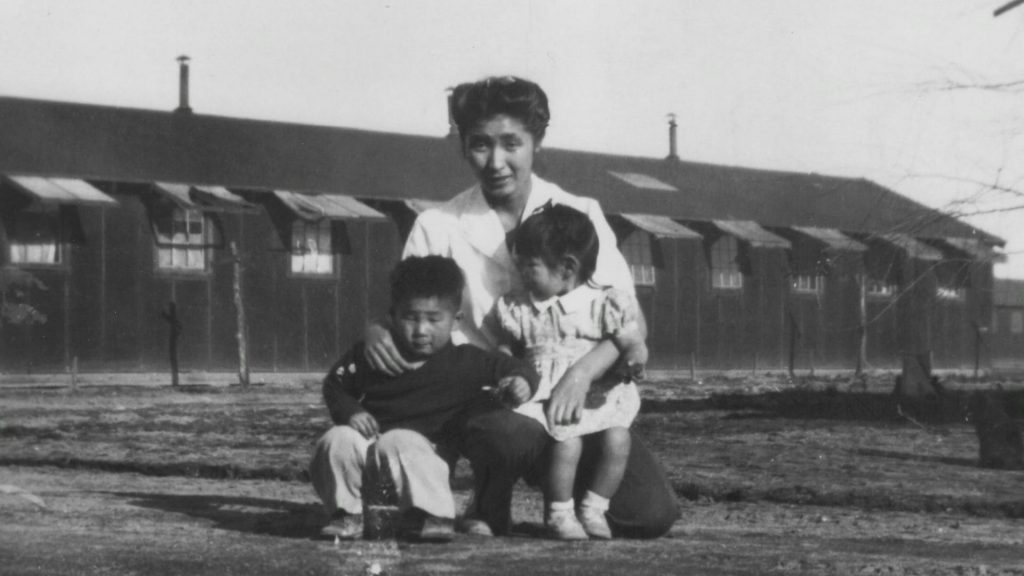 In 1943, thousands of innocent people of Japanese ancestry were held in mass confinement. It wasn’t until after they had been rounded up and placed in American style concentration camps without due process, that they were forced to sign what was referred to as the “loyalty questionnaire.”  If answered in the affirmative they might qualify for early release or the men could be drafted into military service while their families were unjustly incarcerated. If they answered in the negative, they were removed to a maximum security concentration camp. Heads of household, never allowed to become naturalized citizens, were deported, or American citizens like my father were removed to Federal Department of Justice prison camps.  The outcome of that questionnaire resulted in the long-term consequences of family separation trauma that has lasted not only a lifetime,  but for generations that followed.

Today parents in the family ICE detention facilities are being forced to decide in a similar, inhumane, double-bind, no-win situation – whether to remain in custody with their child at continued risk of Covid-19 infection or give up their parental rights and be separated from their child. Government officials have the authority to release families together to keep them safe from the increasingly threatening circumstances in ICE custody. Yet they are determined to maintain immigration policies that deny people their inherent dignity and support a prison system policy that funds the private prison industrial complex. In order to bypass increasing pressure to meet the legal requirement that children be held in the least restrictive environment, they are replicating yet another draconian strategy that violates one of our most basic values of keeping families together.

We urge everyone to join the fight to Shut Down the Berks County Detention Center by signing this petition TODAY.