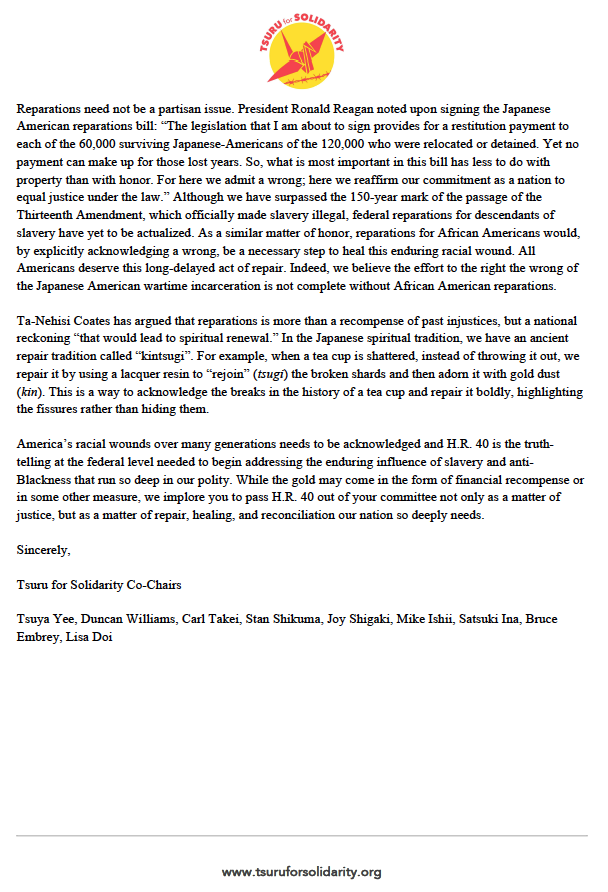 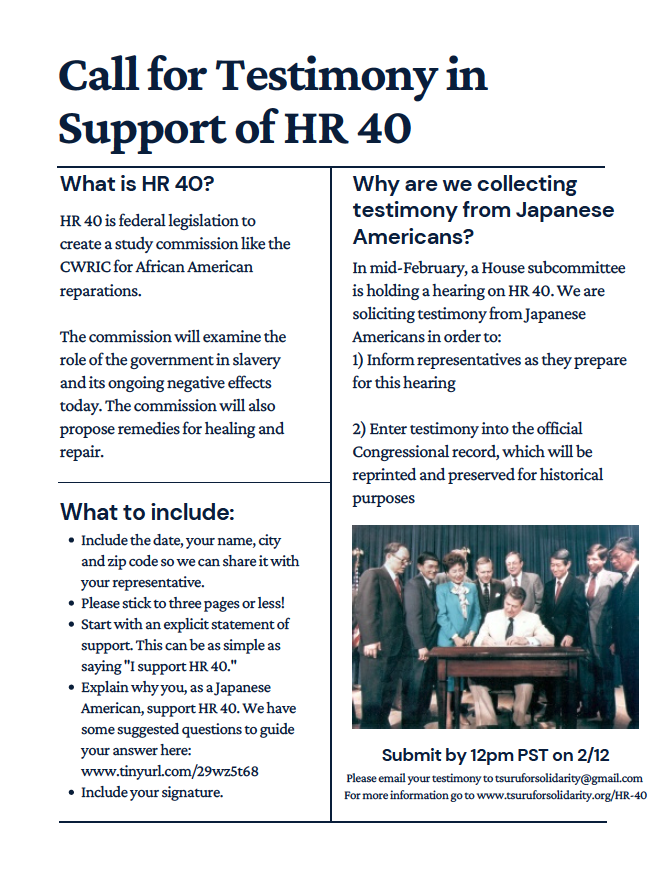 As an ethnic group that has received an apology and reparations from the federal government for wrongs committed against us, Japanese Americans have a moral imperative to support the Black people seeking a similar path for a structural remedy.  We also have moral authority to stand in solidarity with other communities: especially a community targeted by historic racism seeking accountability and a process for redress and reparations. The violence of slavery, Jim Crow, and ongoing anti-Blackness is so central to the history of the United States that we must all participate in the process of repair.