Home » 70+ Years After Its WWII Concentration Camps, California Apologizes and the Internet Had Something to Say 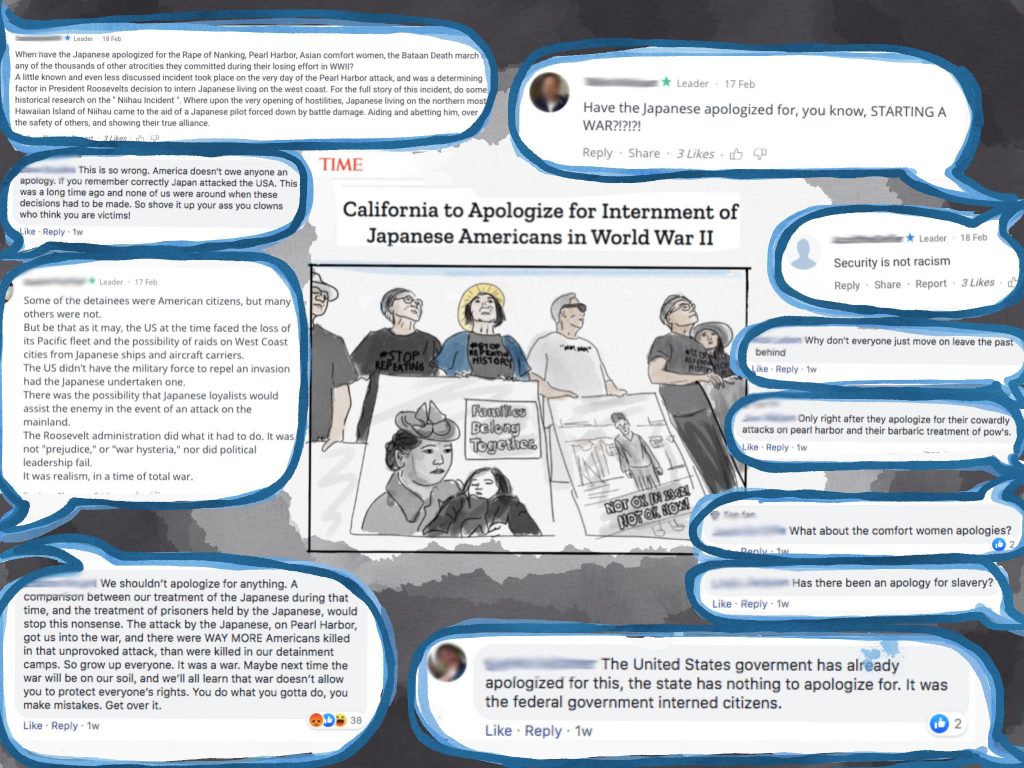 Last week, on February 20th, the California State Assembly voted unanimously to approve House Resolution 77. Proposed by State Assemblyman Al Muratsuchi, HR 77 is an apology from the state of California “…to all Americans of Japanese ancestry for its past actions in support of the unjust exclusion, removal, and incarceration of Japanese Americans during World War II, and for its failure to support and defend the civil rights and civil liberties of Japanese Americans during this period.”

We are glad to see the state of California take responsibility for the unjust, wrong, and harmful role it played in rounding up Japanese Americans and stoking the racism we faced then and we encourage other states to follow California’s lead.   While we celebrate California’s move to take accountability for their past injustices, we cannot stop here. Carl Takei, Co-chair of Tsuru for Solidarity said in this article from CNN,

“It’s very important that this apology be paired with concrete steps to fight back against the immigration detention regime and the anti-immigrant policies that are now coming out of the federal government.”

As the news broke of the apology, reactions varied from celebration to justified outrage that other targeted groups were not receiving similar recognition for historic, systemic wrongs done by the government — specifically indigenous and African American people.  We saw repeated comments conflating Japanese Americans with the Japanese Imperial army — invoking their war crimes as a counterpoint to/ justification for the Japanese American incarceration. These kinds of comments demonstrate the fact that many people in this country still lack basic information about the Japanese American community and our WWII incarceration.

There are countless chapters in American history of communities causing harm to one another, and ways in which we have been in roles of both oppressor and oppressed. Taking accountability for the oppression of one community is an opportunity to educate ourselves and others about this history, to make connections and parallels to other communities’ experiences, and to learn from the Nation’s mistakes–and not repeat them.

California’s recognition of their role in perpetuating racism, xenophobia, and the eventual incarceration of Japanese Americans is a starting point for deepening our conversations and actions to end modern day concentration camps.